Skip to Main Content
It looks like you're using Internet Explorer 11 or older. This website works best with modern browsers such as the latest versions of Chrome, Firefox, Safari, and Edge. If you continue with this browser, you may see unexpected results.

Resources for research not limited to any particular course topic and tools to support history scholars. 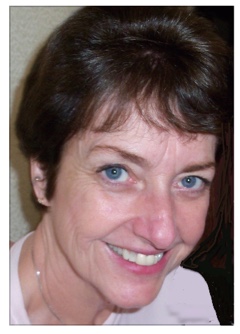 What is a primary source?

Searches including the term 'primary' will usually return an unsatisfactory result set. This is because it is actually difficult to label an item as primary--what it is varies with the need of the researcher and the situation in which the item was created. This example uses articles published about the 1906 San Francisco earthquake.

"San Francisco Doomed" from The Oakland Tribune, April 18, 1906 is from the time of the event and would be primary source material for historical research on this event and its aftermath.

A well-done site that discusses finding primary sources on the web, providing examples and a selection of sites is "Using Primary Sources on the Web". This is brought to you by the members of the the American Library Association's Reference & Users Service Association/History Section.

Finding a primary source in the Library Catalog

A search on your topic or person in the CSUSM library catalog (or other library catalogs) can reveal a number of primary sources in the collection. Keyword searches that include the following terms will retrieve possible primary materials:

Some things to watch out for when searching a library catalog:

There are other tricks to try, contact your librarian for more help

See also the Newspapers tab for newspaper collections that serve as primary sources.

Primary Sources on the Internet

This is a sampling of the wide range of primary source collections found on the internet with free access. For help finding what you need, contact the librarian.